Last September, Skinner’s aces fell to their biggest-ever defeat in the WSL when they were hammered 6-1 at Leigh Park Village.

But on Sunday the title-holders face a United outfit yet to concede a goal after five games played with an 8,000-strong crowd expected at their ground.

And Skinner, 39, wants the WSL leaders to show how much they have evolved with his team after their first win in the league against the Blues.

The Red Devils boss said: “Sometimes you have to take those punches to understand and know exactly where you’re at.

“For us, it was a devastating result of course but it was our third game in.

“Chelsea were ruthless on the day which we know they can be. We’re well aware of their goal threat.

“We’re a different team but I want us to show that. 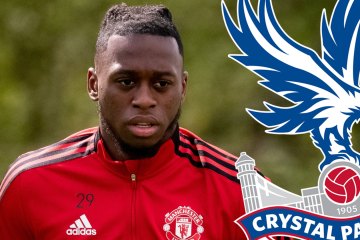 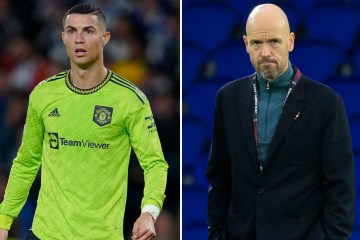 “It’s all well and good me talking about that here but I want my team to show their maturity and energy in this game.

“We know how difficult a task is, they have some wonderful players and historically they are one of the best teams in the WSL.

“But I think it’s for us to go on and choose how we impose ourselves. We need to be confident, not complacent.”

This summer has seen Man United strengthen their ranks with several new signings.

Of his choice of signings, Skinner added: “It was actually carefully designing what each person might bring for us.

“For example, if we need to go into a physical battle with a team – and Chelsea are a very physical team – we know a Rachel Williams can frighten most people.

“It’s really important we have variance and ability to do that.”

Among the players who have shone for the club this term is former Brighton defender Le Tissier.

Two goals and an assist in five top-tier games have seen the defender earn her first senior England call-up before the Lionesses’ games against Japan and Norway.

Skinner said: “She’s a very talented young player but has stepped above and beyond her years in maturity and she shows that.

“All she’s got to do is enjoy these moments. Go and enjoy the camp, go and step up and show her qualities.”

The Euros-winning shot-stopper has been in fine form between the sticks for club and country,

And Earps has kept five clean sheets in five WSL exchanges this term.

Skinner said: “I’m a huge admirer of what Mary has done in the last year since I’ve been in charge.

“With Mary, she gives us so much stability to build on.

“I’m really pleased with the mindset of the goalkeeping people we have here.

Chelsea have been on a seven-game winning streak across all competitions since their loss to Liverpool in September.

Their Leigh Park Village visit could see Barclays Player of the Month nominee Lauren James, 21, start against her former club.

Blues general manager Paul Green said: “Lauren has had a really good start to the season.

“She’s a quality player and put in some great performances this month.

‘It’s no surprise she got nominated off the back of those two great goals last weekend against Aston Villa, plus another assist.”

A 33-year-old man has been arrested following the fatal shooting of rapper Takeoff. Patrick Xavier Clark has been char...

END_OF_DOCUMENT_TOKEN_TO_BE_REPLACED

A man who died after staying at the Manston migrant processing centre in Kent did have diphtheria, the Home Office has...

END_OF_DOCUMENT_TOKEN_TO_BE_REPLACED

MANCHESTER UNITED made the right decision to terminate Cristiano Ronaldo's contract as it "suits both parties". That is according to...

END_OF_DOCUMENT_TOKEN_TO_BE_REPLACED

Manchester United co-owner Avram Glazer has spoken for the first time since announcing the club could be for sale.Sky ...

END_OF_DOCUMENT_TOKEN_TO_BE_REPLACED

An ambitious project to harness the power of the sun from space to supply power on Earth is being proposed by scientis...

END_OF_DOCUMENT_TOKEN_TO_BE_REPLACED

Banksy has accused US fashion retailer Guess of stealing his work, encouraging shoplifters to head to their flagship R...

END_OF_DOCUMENT_TOKEN_TO_BE_REPLACED

Edwin van der Sar has revealed Ajax turned down an offer from Arsenal for Lisandro Martinez – who later signed for Manches...

END_OF_DOCUMENT_TOKEN_TO_BE_REPLACED

MARCUS RASHFORD says Erik ten Hag has helped him rediscover his killer instinct. Now he wants to repay his boss by firing Manchester...

END_OF_DOCUMENT_TOKEN_TO_BE_REPLACED

Mikel Arteta has played down Arsenal’s chances of winning the Premier League despite extending their lead over Manchester ...

END_OF_DOCUMENT_TOKEN_TO_BE_REPLACED

Kate Winslet has donated £17,000 to a mother who is facing soaring energy bills due to the cost of running her daughte...

END_OF_DOCUMENT_TOKEN_TO_BE_REPLACED

The sale of collapsed energy company Bulb has been delayed by a High Court judge after concerns were raised by rival f...