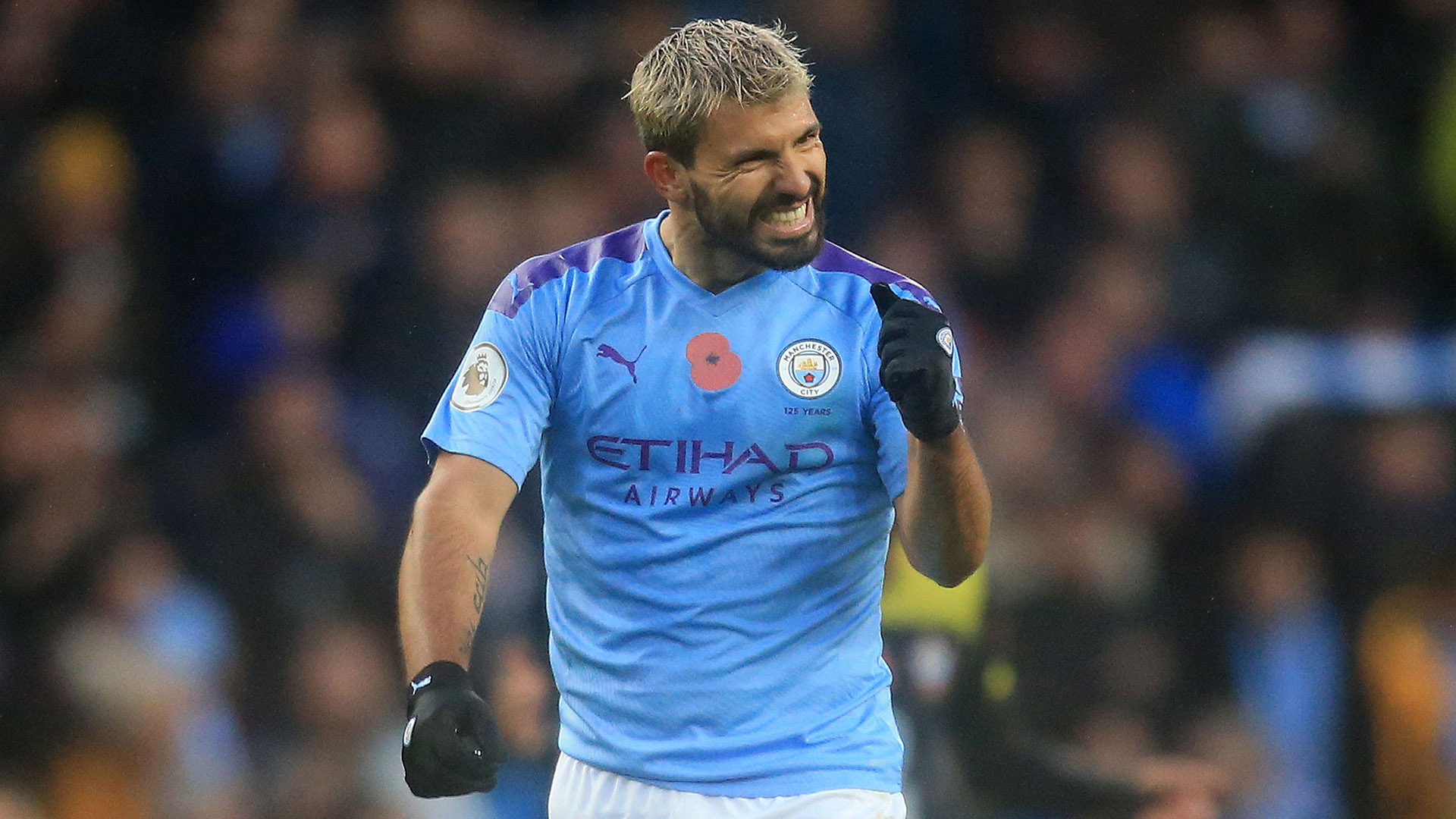 Manchester City manager Pep Guardiola has described Sergio Aguero as an “incredible striker” as he closes in on a Premier League record set by Thierry Henry.

Aguero has spent the last nine years of his career at Etihad Stadium, building on the promise he showed at Atletico Madrid to emerge as one of the best centre-forwards in Europe.

The Argentine has become City’s all-time record goalscorer during that period, with 246 to his name across all competitions, and he is now on the brink of another historic mark.

If Aguero finds the net in Sunday’s away fixture against Aston Villa, he will equal Arsenal legend Henry’s 175-goal haul, becoming the joint highest-scoring foreign player in Premier League history in the process.

The 31-year-old was rested for City’s 3-1 Carabao Cup semi-final first-leg win over Manchester United on Tuesday, but he is expected to return to Guardiola’s starting line up at Villa Park.

The Spanish head coach has heaped praise upon Aguero ahead of the game, with an “incredible achievement’ now in sight for a forward capable of scoring “from everywhere”.

“He’s a guy in the box with a sense of goal,” Guardiola told a press conference. “He can score from everywhere, in all the positions. He’s an incredible striker, incredible.

“That he will score more goals than a legend like Thierry Henry is an incredible achievement – many, many goals.”

Guardiola added on the challenge a “historic club” like Villa will pose his side this weekend: “You have to play all the teams – sometimes at the top, sometimes the middle and sometimes the bottom. They’re a historic club with a fantastic stadium.

“They’ve changed, in the last games, their set-up and played more five than four at the back, maybe because of the absences with big injuries they’ve had.

“We’ll try to maintain the dynamic we have.”

The City boss was also asked to comment on the talents of Jack Grealish, who has contributed six goals and five assists to Villa’s Premier League cause this season.

“I didn’t know him before I came here but he is an exceptional player,” Guardiola said.

The reigning Premier League champions must beat Villa to keep their faint hopes of a third successive title alive, with leaders Liverpool due to face Tottenham on Saturday.

The Reds are 14 points ahead of City and 13 clear of second-placed Leicester with a game in hand, and have yet to suffer a single defeat this term.

About the Author: Football Merchandise